Restrictions imposed to control COVID-19 might have spelled the end for some of Australia’s fledgling Indigenous fishing enterprises, but drawing on local support, and with a view to the long-term, many have been able to preserve their operations, skills base and fisheries through the crisis.

The Maningrida community in the Northern Territory has been building a profitable fishing enterprise since its right to sell fish beyond its own community was legally recognised in 2017.
When the pandemic restrictions hit, the local crabbing season came to a premature halt as demand dried up with the cancellation of interstate flights and the closure of restaurants. Nearby communities they were supplying with fish also became inaccessible.

This is when the strong local connections in the Maningrida community came to the fore. “People in our community started asking for fish,” explains Clément Bresson, who is the enterprise development manager for the Bawinanga Aboriginal Corporation in Maningrida. 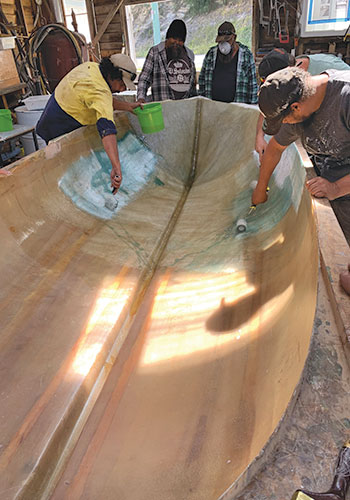 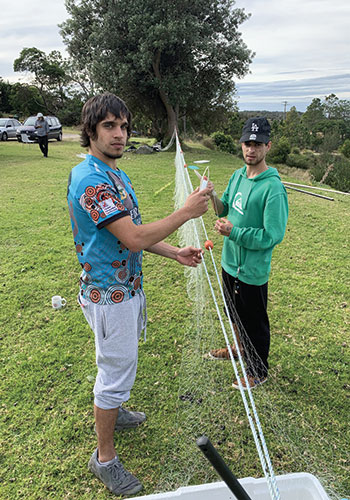 “So we started selling to them via Facebook and word of mouth, then later formalised the interactions via an online ordering system.

Now we are offering home delivery as well,” he says. The enterprise supplies Barramundi fillets, Mullet, Queenfish and a few Mud Crabs.

While it is not planning to continue home delivery in the long-term, the local community support has helped the venture to survive the current difficult times.

Wallaga Lake Community looking after its people has also helped the Wallaga Lake community at Bermagui in southern New South Wales pull through the crisis.

In March this year, the NSW Aboriginal Fishing Rights Group was given legal permission to access sea country and fish to sustain the local community.

“We built a boat and a net by hand, as my father taught me,” says Wally Stewart, who led the initiative in Yuin Country. “This brought the community together to fish and share the catch.”

With social distancing restrictions, the Yuin cultural commercial fishing crew is now fishing on its own, without community members being able to help pull the net in on the beach. It is a small setback, says Wally Stewart, but the fish netting is still helping to inspire the youngest generation and the harvest is shared amongst community members. He says this provides an essential source of protein, iodine and vitamins, especially for those who struggle to afford healthy foods on incomes below the poverty line, such as some Elders.

“Our community members who are using the net on the lake have the right to do so under Section 211 of the Native Title Act [1993] because they are all traditional owners of Yuin Country,” Wally Stewart says. “But recently we have also obtained the NSW Department of Primary Industries Section 37 permit. This allows us to net the lake once a week without worrying about being arrested for carrying out our traditional practices.

“This has had enormous mental health and community building effects for us, making us more resilient to face adversity together, such as this pandemic.”

“We planned for the worst as we feared we might get shut down,” says Kevin Kropinyeri, director of Kuti Co, which is also a shareholder of the Goolwa Pipi Co. “But the impact of COVID-19 on our operations wasn’t as bad as we envisaged.”

Keeping in touch with customers to carefully match the harvest levels to demand was crucial, particularly as key markets in Sydney closed and restaurants buying their catch adjusted to provide takeaway services only. Demand has remained relatively strong for their product, and it is a low-input fishery – no fuel or sea-going crew required. Both are factors that have helped Kuti Co to manage through the crisis.