Good relationships are the backbone of Mervi Kangas’s life’s work on the water, as she strives to ensure commercial fisheries remain sustainable

Mervi Kangas never tires of a good sunset. She has been privileged to see quite a few spectacular skies as the sun dipped below an ocean-filled horizon during her 35-year career as a marine scientist.

These 360-degree panoramas – along with the majesty of the annual whale migration – are the definitive bonuses of her job, which often sees her at sea monitoring populations of prawns, scallops and Blue Swimmer Crabs.

She is an invertebrate fisheries specialist and for the past 20 years has been part of the research team at Western Australia’s Department of Primary Industries and Regional Development (DPIRD). At the heart of her work is striking the balance between environmental concerns and the continued success of the commercial fishing sector.

In prawn fisheries, for example, recruitment surveys predict the likely catch for the year, helping to set the season’s parameters for sustainability, while enabling fishers to plan their business operations – and maximise profits.

A crucial part of achieving this balance in the sustainable management of fisheries is collaboration with the fishers themselves.

Many of Mervi Kangas’s research surveys are undertaken on DPIRD’s research vessel, Naturaliste. But she says spending time on the water with commercial fishers, independently collecting survey data on their vessels, is also important. 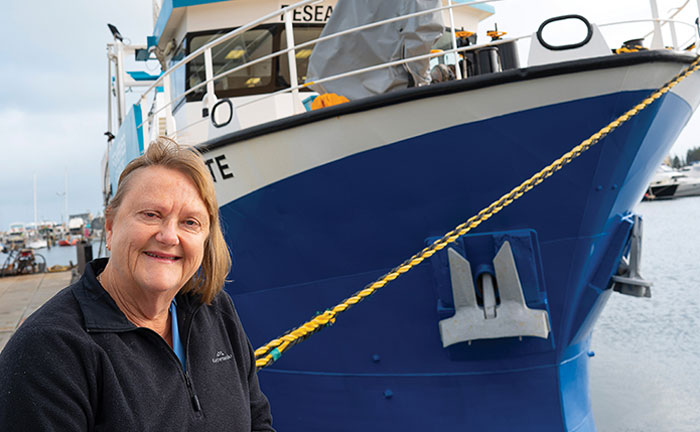 Mervi Kangas with the RV Naturaliste, which helps to conduct much of her fisheries research. Photo: Evan Collis.

“I try to get out on surveys on the commercial boats a couple times a year at least, so I don’t lose perspective on what it’s like out there,” she says.

“You’re out there for quite a few nights and you have time to talk to the skipper and crew about how they’re faring, what they’re thinking, what they have been observing – and what they think of the decisions being made,” she says.

Collaboration with industry, she says, provides firsthand insight into the trawl sector and builds trust.

As the head of DPIRD’s invertebrate trawl research, Mervi Kangas leads a team providing essential biological data and management advice on Saucer Scallop and multi-species prawn fisheries across the state’s vast coast, and for Blue Swimmer Crabs in Shark Bay. This data is used to set quotas for the scallop and crab fisheries and the season’s duration for prawn fisheries every year.
Given that advice derived from her work determines when and where fishers can operate and how much they can catch, good relationships are integral.

And the time she has invested in building these relationships has proven its worth this year, as COVID-19 restrictions limited movement, jeopardising the surveys used to set quota.

But the fishers themselves came to the rescue, allowing one of her team members to join a commercial fishing crew in the Exmouth Gulf to gather data. And in Shark Bay, the Sea Harvest fishing company refitted one of its vessels and assembled a crew and data collector to ensure a survey could take place.

Mervi Kangas says the interests of industry and the environment converge through sustainable management, such as using quotas, restricted fishing seasons and locations, and totally closing some areas to fishing.

These measures not only result in more abundant fisheries long-term, but also boost the green credentials of the commercial sector, giving fishers the social licence to operate. The datasets she has helped to build during the past 20 years with DPIRD provide the basis for independent third-party accreditation, such as Marine Stewardship Council certification awarded to Shark Bay and Exmouth fisheries.

But she says that does not mean there are no short-term conflicts, particularly when there are profit drivers, and people’s livelihoods are at stake. 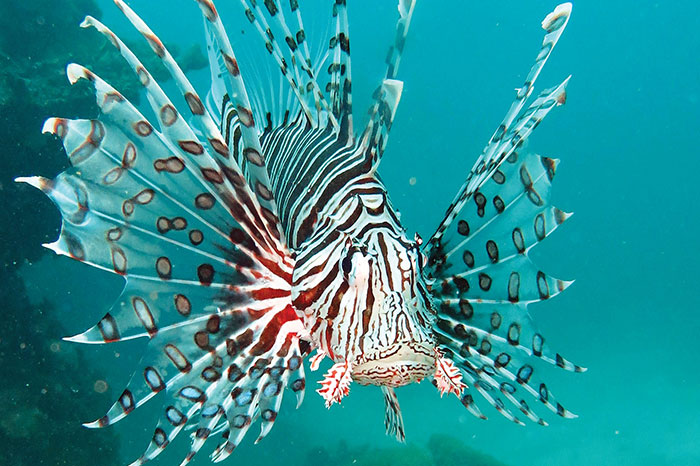 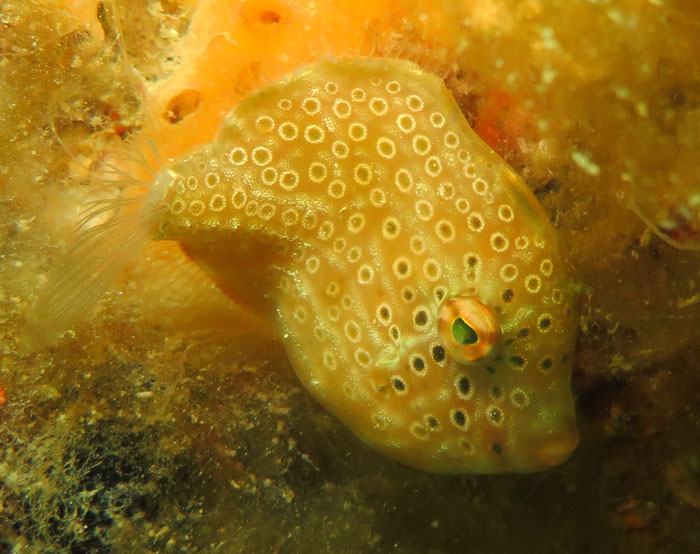 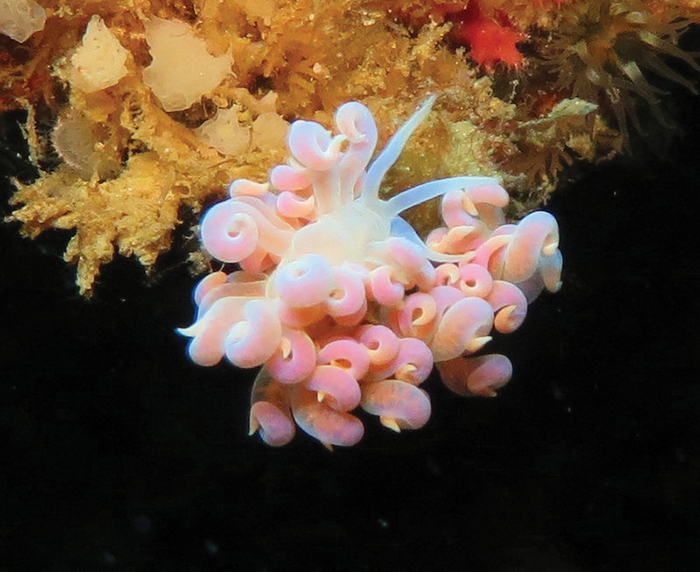 Phyllodesmium nudibranchs, which feed on soft corals on the wreck of the Swan in Dunsborough, WA. Photo: Mervi Kangas.

Fishers, and some fisheries, have been doing it hard, dealing with ageing fleets, competition for workers, unprecedented environmental challenges and the long-term impacts of marine heatwaves. This year, the COVID-19 pandemic has brought new health and safety issues, along with major market disruptions.

Overcoming such challenges is why good relationships between stakeholders, including researchers, policymakers, licence holders and fishers, based on trust, cooperation and inclusion, are so important.

“It works well because everybody is part of the process and it’s not just top-down,” she says.

While her work ensures the year-to-year catch is sustainable, she says her role has evolved from a focus on target species, to a broader consideration of ecosystems, the impacts of fishing and the sustainability of the trawl sector as a whole.

This is reflected in her work on several FRDC-funded projects, including resolving resource issues where prawn and scallop fisheries overlap, understanding biodiversity of trawl bycatch, and reducing trawl impacts on habitats and bycatch.

Research dating back almost 20 years has led to improved trawl practices – for example, the introduction of bycatch reduction devices.

Challenges for industry and its sustainability continue and are always changing, she says. With climate change, water temperatures are generally warming along the WA coastline. And in Shark Bay the temperature range is widening, with colder winters and warmer summers. The 2010-11 marine heatwave was likely the first sign of things to come.

The impact of these factors is all fodder for further research. Mervi Kangas expects future research and fisheries management will focus on strengthening the ability of the fishing sector to survive the impacts of climate change through forecasting and preparing for different scenarios. But she will not necessarily be undertaking that work.

“I don’t think I’ll be here for the next 35 years,” she says. “I’ll go and enjoy those sunsets elsewhere.”

While building relationships in the seafood sector has proved an immensely valuable part of Mervi Kangas’s work, it is her love of wildlife that first brought her to marine sciences. Her interest took her to James Cook University in Townsville, where she discovered scuba diving.

“I grew up in the Adelaide foothills and I wasn’t a water baby at all,” she says.

“For the first few years, every time I went diving I had butterflies because I never felt that confident or competent – but now, after 40 years, I just love it.”

As a departmental diver, she has worked underwater, monitoring everything from chitons to pest species in port facilities.

These days, she says, she prefers to dive for fun – at Ningaloo Reef for its abundance of turtles, manta rays and, at the right time, whale sharks.

Waters around local reefs north of Perth also provide great delight. “I like looking for little critters, so you have your head down and camera focused,” she says.