The Australian seaweed sector could grow to be worth $1.5 billion by 2040, employing 9000 people and helping to reduce Australia’s greenhouse gas emissions by 10 per cent, according to the recently released Australian Seaweed Industry Blueprint.

Lead author Jo Kelly, CEO of the Australian Seaweed Institute, says there have been no commercial-scale seaweed ocean farms established in Australia to date, and there is no industry development plan. However, rapid change is on the horizon.

One opportunity highlighted in the blueprint is the potential to farm Asparagopsis, a native seaweed found off the Australian coast. Meat & Livestock Australia funded recent research by James Cook University and CSIRO which shows that adding a small amount of this seaweed to cattle feed can reduce the cattle’s methane emissions to almost zero. This is significant, given around 10 per cent of greenhouse gas emissions in Australia come from the digestion process of cattle, and seaweed could potentially eliminate this.

Recent media coverage has revealed major investors such as Andrew Forrest, Woolworths and GrainCorp have invested in FutureFeed, a company established by CSIRO to commercialise Asparagopsis as a feed additive.

“This single use for seaweed is incredibly exciting but it is just the tip of the iceberg,” says Jo Kelly.

“Research into bioproducts from native Australian seaweed species has potential to contribute to global health and nutrition while adding significant value to the Australian economy. Seaweed offers a huge opportunity for Australia’s blue economy development.” 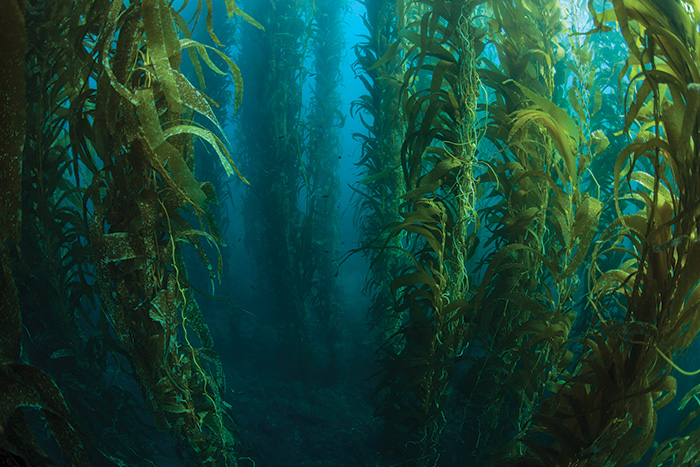 Industry consultation suggests the potential value of commercial production from seaweed projects being developed could grow to $100 million by 2025, with 1200 jobs and a reduction in domestic
greenhouse gas emissions of three per cent using an Asparagopsis feed supplement to reduce methane emissions from cattle.

The blueprint suggests growth of the industry will rely on significant expansion into ocean cultivation of seaweed and development of high-value functional food and bioproducts for people, animals and plants.

It also highlights the importance of state government aquaculture policy and processes, and R&D funding, as critical to support early stage industry development. In particular, regulatory changes may be required to allow for the large ocean leases that will be needed to establish commercial-scale seaweed aquaculture.

Other barriers identified include that seaweed is not seen as a serious aquaculture industry in Australia, although the global market for products is valued at $A16.8 billion. Australian production is estimated at $1.5 million, almost entirely for non-food products, while we import $40 million of seaweed products, 85 per cent of which are for human consumption.

Markets for Australian products are also not yet proven, although there is a long history of Indigenous use of seaweeds.

The Australian Seaweed Industry Blueprint recommends investment of $8.1 million over two years to fund the following activities as crucial to the future of the sector: