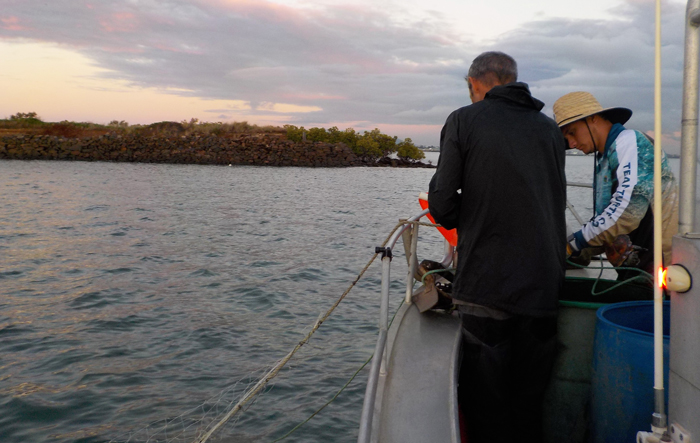 Recently, following strong interest in fish health from the local recreational fishing community, new metrics have been added to the report card that provides an annual assessment of the harbour’s health. The new metrics cover the health of a range of fish species important to both recreational and commercial fishers.

The addition reflects the responsiveness of the Gladstone Healthy Harbour Partnership (GHHP) to stakeholder feedback in monitoring harbour operations. An FRDC-funded project has provided support to the endeavour by identifying what information to include and how to collect it.

The growth and sustainability of Australian fisheries are constant themes in the FRDC’s strategic plans. This project was funded under the FRDC’s 2015-2020 R&D Plan, but continues to align with the strong sustainability focus in the current R&D Plan.

The GHHP is an organisation that works to understand and balance the multifaceted needs of the harbour’s many stakeholders.

It has no regulatory power but instead focuses on accurately tracking and reporting on the harbour’s health. It is funded by contributions from its partners, which include industry, government, community groups and research organisations.

The senior science officer at the GHHP, Mark Schultz, says the inclusion of fish health assessments came as a response to consultation that asked community members what they’d like to see monitored in the report card.

Data on each sphere is captured annually, with assessments made across 108 measures. This data is used to calculate scores for 33 indices that reflect various aspects of the harbour’s health. The tallied information is then provided back to industry, government and communities in the form of an annual report card.

“In 2013 we held a workshop to ask communities what they valued most about the Gladstone Harbour and what they most wanted to see monitored in the report card,” Mark Schultz says.

“The health of recreational fishing activities consistently ranked as the most cited response. For that reason, we became interested in expanding our monitoring from a focus on stock-related issues – based on fish recruitment measures – to include direct measures of fish health, weight and length.” 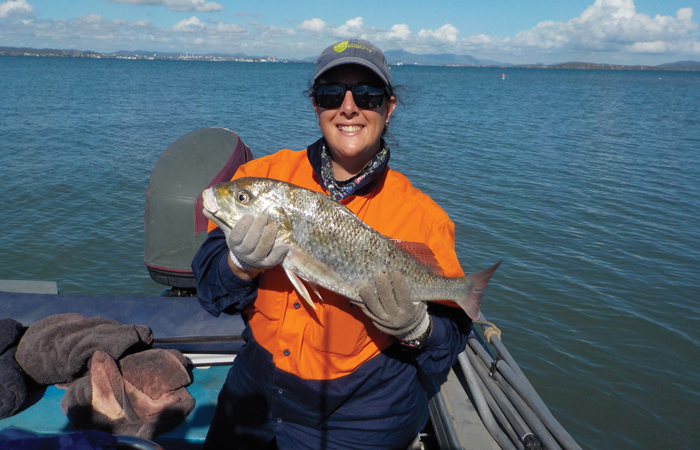 With support from the FRDC, the GHHP ran a project to develop a new indicator of fish health for inclusion in the Gladstone Harbour Report Card.

It is called the Health Assessment Index (HAI) and was successfully piloted, along with a range of other possible indicators, by a team headed by Nicole Flint at CQUniversity’s Coastal Marine Ecosystems Research Centre (CMERC).

The HAI uses gillnets to sample target fish species and analysis is undertaken during a detailed dissection. Nicole Flint explains that observations of multiple organs and tissues – including the presence of parasites – are then integrated to derive a composite metric.

“The premise of the HAI is that scores will cumulatively reflect the acute and chronic stressors present in the fish’s environment, with poorer anatomical condition resulting in higher HAI scores, indicative of a more stressful environment,” she says.

The monitoring process involves scoring skin, eyes, fins, gills, spleen, kidney, hindgut, liver and parasite load. The scores for each individual fish are then combined and standardised to derive a score and grade for each monitored species, and then an overall score and grade for the harbour. The HAI is monitoring the following species: 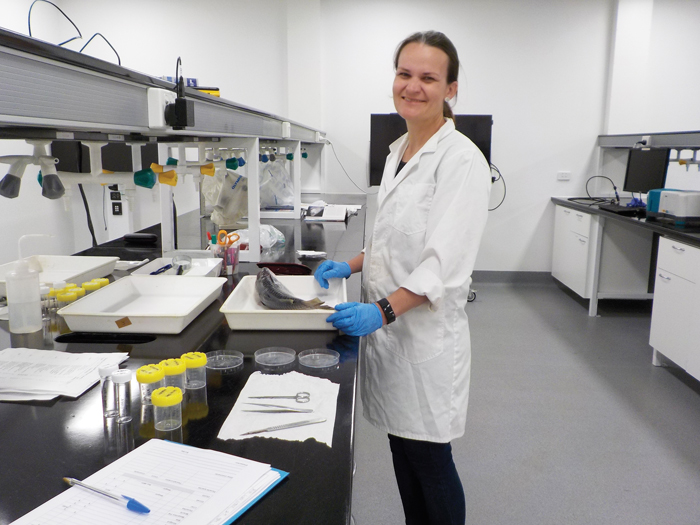 The HAI was adopted within the Gladstone Harbour Report Card system in 2018, with Nicole Flint’s team contracted to carry out the annual monitoring ever since. So far there have been no findings to indicate a systemic problem with fish health in Gladstone Harbour.

Critical to HAI’s successful adoption was the diligence done to ensure the new index is based on protocols that are cost-effective, but not overly complex technically. The FRDC research project also developed a framework for selecting fish health indicators for ports and estuaries in northern Australia.

Concurrent to the adoption of the HAI, the GHHP has developed a mobile phone app that allows recreational fishers to crowdsource data about the weight and length of caught fish and to upload photos that provide visual indicators of fish health. Mark Schultz says the crowdsourced data is also finding its way into the report card.

“The app means we can involve the Gladstone community directly in data collection activities about an issue they care about deeply,” he says.

These innovations mean there are now three indices related to fish health in the Gladstone Harbour Report Card: fish recruitment, the HAI and the crowdsourced data.

Mark Schultz says the benefit of broadening the monitoring goes beyond providing industry, government and stakeholders with an annual score: “Over time, as data accumulates, we will start to detect emerging and long-term trends and patterns in the health of this working harbour,” he says.

“That means we are setting up the report card system to mature and provide deeper and more sophisticated insights into the future.” 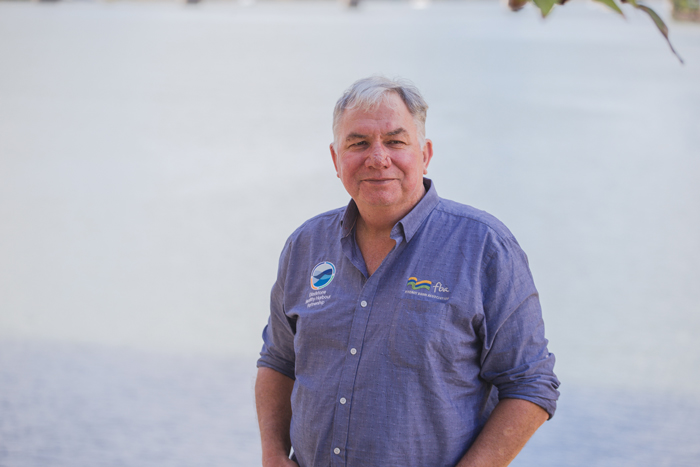