Queensland’s Sue Poole has been in the vanguard of post-harvest seafood scientists who have lifted the quality, value and consumer appreciation of seafood

As a pioneering seafood researcher, particularly in the area of post-harvest management, Sue Poole has been a key player in elevating the quality and value of Australian seafood.

Surviving a cyclone in the Timor Sea and working from a trawler that had to evade pirates “who didn’t take prisoners” add to the many colourful footnotes of a career that bridged the daily risks and difficulties fishers face with her research work in labs and offices. 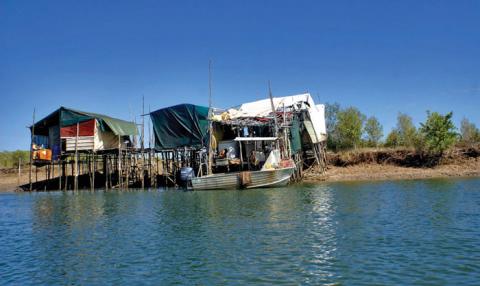 Applying science to bring safe and healthy seafood to consumers from remote locations, such as the NT mud crab fishing camps, has been an important part of Sue Poole’s work.
Photo: Sue Poole

Over three decades, Poole’s career has taken her from food safety and seafood microbiology to become the principal food scientist with the Queensland Department of Agriculture and Fisheries and a professor with the University of Queensland. In these roles, she has been responsible for much of the science behind the improved delivery of prawns, crabs, lobsters, reef fish, Barramundi, scallops, jellyfish exports and more.

As she retires this year and reflects on the achievements of her career, it is the memory of an episode that occurred shortly after she joined the Queensland department in 1983 that remains indelible.

“There was no seafood section, so I was placed in the Dairy Research Institute … and they were not happy,” she recalls. Undaunted, Poole threw herself into her new role and one day was using a 1950s era blender to homogenise a large quantity of mullet that was already a few days old and ‘ripe’.

“Well, I didn’t secure the lid properly and as the blender reached maximum revs the lid flew off and I sprayed the pristine dairy-white laboratory, and everyone in it, with liquified fish offal. The shock and sheer disbelief on the faces of the dairy men has stayed with me ever since,” she says with her trademark grin.

“One of the biggest joys of my working life has been the interaction with fishers and industry people because they know so much. I learned very early on that if I wanted to know something, I just had to ask a fisher. Talking to people became so important to the science.”

Ear to the ground

She recalls working with mud crab fishers in the Northern Territory. “I remember one chap telling me the crabs hate breeze disturbance.” She says the detail proved crucial, and only came to light because the fisher really knew his fish, and she was keen to learn from his experience.

The mud crab research was one of numerous times when field work took Poole into real-life adventures – in that instance, daily implementing the adaptability required to avoid encounters with crocodiles. “It was wild, beautiful and remote country up near the NT–Queensland border on the Gulf of Carpentaria. It was a big project, following the whole supply chain from remote riverbanks to markets thousands of kilometres away.

“The fishers keep the crabs wet and protected from flies by wrapping them in hessian cloth, regularly dousing them with water until the weekly truck pick-up for transport to Borroloola, then to Darwin, then to Sydney and Melbourne. That’s 15 days they have to be kept alive and healthy. When a mud crab dies it reeks of ammonia and that seems to trigger more deaths.”

The cause of death was assumed to be stress, she says, but finding the actual trigger proved a long journey. She says they eventually found that stress in that early post-capture phase was the killer.
“This was elevated by loud noise. Even someone getting a bit noisy after returning to camp at the end of the working day caused the crabs’ temperature to rise, as did exposure to a breeze.”

The finding showed how a potentially highly complex issue can have a simple remedy; in this case, keeping the mud crabs cool, damp and in peace in the days following their capture.

Over the past three decades Poole has been on the frontline of numerous other advances in Australia’s fisheries and seafood developments.

“Initially it was all first-step stuff … what’s the storage life for this or that species in ice, and if it’s not done properly, what is the rate of spoilage? It was research aimed at creating opportunities for wider distribution. Retail in the 1980s and into the 1990s was very much based on local catch. You didn’t catch fish to send somewhere … in Brisbane, for example, we pretty much ate out of Moreton Bay.”

One of the first groundbreaking projects Poole worked on, in collaboration with NT researchers, was to see if shelf life would be increased by gutting fish on the boats and putting the whole fish in ice, instead of the established practice of filleting and freezing in 10-kilogram blocks while still at sea. Aside from variable refrigeration, the large frozen blocks limited customer options.

Researchers discovered that tropical reef fish have a very long shelf life if put straight into an ice slurry because their bacteria are adapted to water temperatures of 28oC to 30oC. Chilling knocks out the bacteria. The long lag time before the microbes start to revive provides a much-extended storage life for the chilled product.

“This caught on very quickly and reef fish prices rocketed … from $2 per kilogram to $6 per kilogram because consumers quickly recognised the quality of the product.

“Discovering the spoilage patterns and showing that chilling well and fast could extend storage life by days, if not weeks, was a big step forward. Today it is basic knowledge. It’s easy to forget that not so long ago this wasn’t known. Most of the research behind this big change has been through the FRDC.” 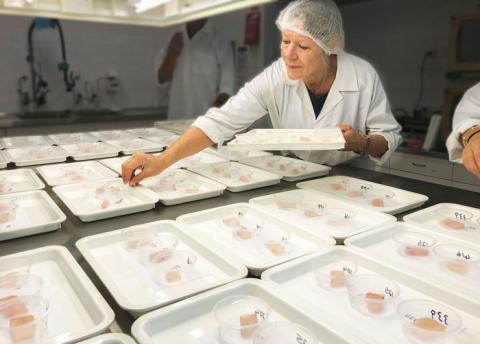 Poole says that in the early stages of her career there was also an attitude among many fishers that once they landed the catch it was no longer their responsibility: “That has changed completely. Fishers now see themselves as part of the supply chain; they feel a connection to consumers because they recognise they are critical to the quality of their product.

“The science behind shelf life, freshness and quality has made seafood a sophisticated sector and I think this is bringing young people back into the industry. When I first started working with fishers they were mostly older men whose children had no interest in the business. Today I frequently see father–son, father–daughter operations.”

It’s been a rewarding journey of discovery and community support for Poole since she responded to the advertisement for a seafoods microbiologist, albeit in a dairy research unit, and departed New Zealand where she was working in a food safety laboratory.

She has seen firsthand the impact that research has on people’s livelihoods and industry advancement: “I’ve met some wonderful people, fishers and research colleagues, and I learned as a scientist that the best way to help people is to get out and talk face-to-face – not at a workshop or seminar but in a conversation. You learn and they learn and that’s how you make the biggest difference.”