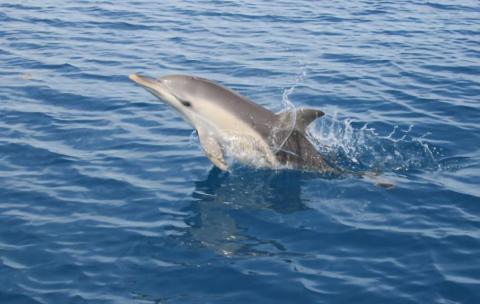 While consumers look out for the Dolphin Safe mark on seafood purchases, a major research stocktake of Australian–New Zealand waters gives new guidelines to marine managers.

An extensive genomic study of almost 500 Common Dolphins (Delphinus delphis) across the southern and east coast of Australia to Tasmania and New Zealand suggests connectivity between several populations of Common Dolphin across the Tasman Sea.

The study, published in Frontiers in Marine Science, calls for greater collaboration in Australian and New Zealand conservation and fisheries plans.

Common Dolphins of the Pacific Ocean (eastern Australia and New Zealand) are genetically distinct from those in the Indian Ocean (southern Australia).

Lead author Andrea Barceló, a PhD candidate from Flinders University, says this species is considered one of the most abundant dolphin species in temperate and subtropical waters in Australia and New Zealand. However, the dolphins also suffer from frequent interactions with commercial vessels and related mortalities in several fisheries.

The study calls for inter-jurisdictional collaboration to mitigate fisheries interactions with Common Dolphins across multiple spatial scales in the Australasian region.

The findings are also important for future conservation policies relating to marine ecosystems, given the increase in anthropogenic impacts and ongoing changes of Earth’s climate. 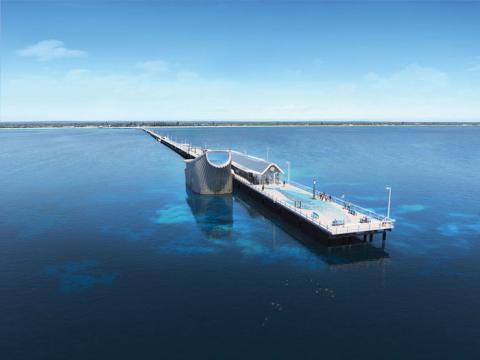 The soon-to-be constructed Australian Underwater Discovery Centre (AUDC) at Busselton, Western Australia, is expected to be the largest natural marine observatory in the world. The $32 million project includes a whale-shaped structure that will be partially submerged at the end of the Busselton Jetty, which extends 1.8 kilometres out into Geographe Bay. The design pays homage to the Humpback, Southern Right and Blue whales that visit the bay.

The observatory will incorporate the world’s largest ocean windows peering into the Indian Ocean, as well as a Marine Parks Discovery Centre, underwater dining, art galleries and exhibition spaces.

It will add to the current marine observatory at Busselton, which is one of only six in the world; the others are in Guam, Israel, Japan and New Zealand (which has two). It will increase capacity from 44 to 140 people and include a much larger viewing area, better technology, more interactive facilities, underwater dining areas, function space and more marine educational resources, including a marine laboratory and facilities for school groups. The project is an initiative of the community organisation and registered charity Busselton Jetty Inc.

Scientists from the University of New South Wales (UNSW Sydney) are seeking old diving photographs, videos and observations from Sydney and the NSW north coast to help document how marine life has changed at dive sites over the years.

The research project ‘In Bygone Dives’ aims to better understand how the underwater world has changed over recent decades. Lead researcher and PhD candidate at UNSW Sydney Chris Roberts says old photos and videos from recreational divers hold a wealth of information and potentially valuable scientific data on the past health of reefs and the species that were present.

“We can use these photos and observations to document how the marine life at dive sites has changed from the past and also to monitor them into the future,” Roberts says.

Specific Sydney sites of interest include Shelly Beach, Fairy Bower, Camp Cove, Fairlight, Clifton Gardens, Gordons Bay, Clovelly Pool, Shark Point, Bare Island, Kurnell and Ship Rock. Sites of interest on the NSW north coast include those that might help track location of the loss of underwater forests such as kelp from between Byron Bay and Tweed Heads.

Divers who want to contribute photos to the project can upload them to the ‘In Bygone Dives’ page as part of the smartphone app iNaturalist.

Coastal fishing: the waters extending seaward from the territorial sea baseline to a distance of three nautical miles. The states and the Northern Territory have jurisdiction over the coastal waters adjacent to them.

Inshore waters: waters of the shallower part of the continental shelf, usually less than three nautical miles from the coast.

High seas: waters outside national jurisdictions (that is, outside Exclusive Economic Zones).

Source: Glossary for the Status of Australian Fish Stocks Reports