University of New South Wales (UNSW) researchers have designed and built a system that mimics tides to help restore vital coastal wetlands, enhancing their ability to sequester carbon and support wildlife, including birds and fish.

Over three years, a trial of the system at Kooragang Island, in the Hunter River estuary north of Newcastle, saw saltmarsh vegetation cover in the area rise from 0.2 per cent in November 2017 to 45 per cent by December 2020.

The team from the Water Research Laboratory within UNSW Engineering has developed the ‘Tidal Replicate Method’, an artificial tidal regime calculated to create the best ecological conditions for the specific wetland area. It does this by controlling gates on tidal channels that connect the wetlands to the river, regulating the amount of water flowing into the wetland.

A similar project at the nearby Tomago Wetlands site – a Ramsar-listed area spread over 400 hectares – delivered similar outcomes for saltmarsh growth, resulting in increased numbers of migratory shorebirds. f 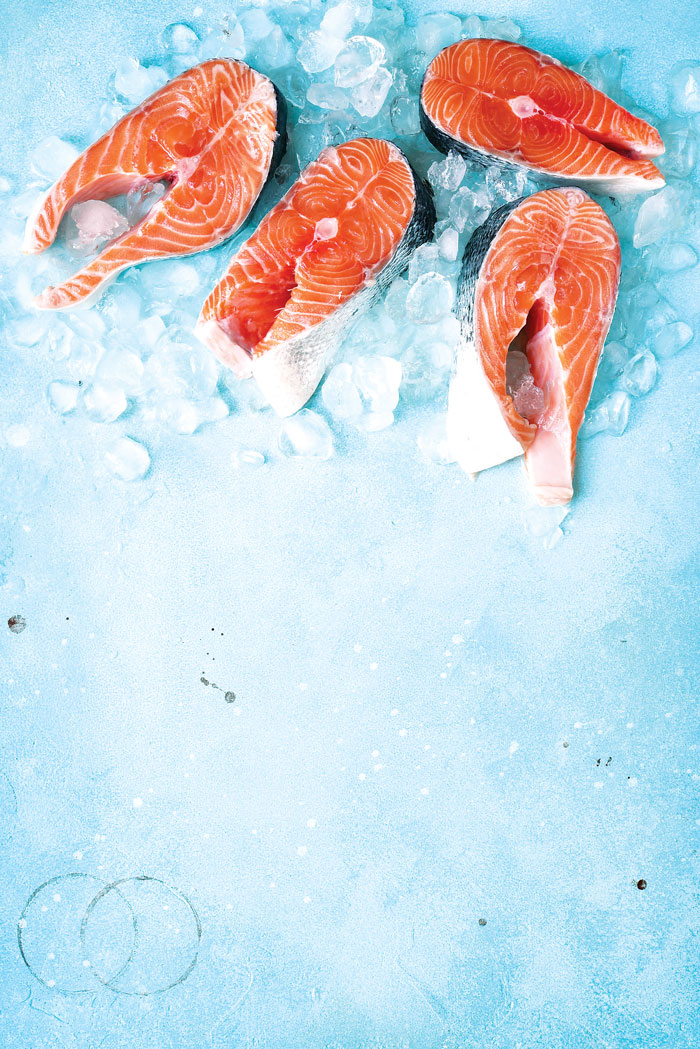 A simple device that measures the increasing level of vapour coming from seafood as it begins to deteriorate provides a new and simple way to identify spoilage. Researchers at Flinders University in South Australia have developed a solid-state fluorescent sensor that is loaded onto filter papers, which instantly and accurately measured the rate of spoilage in Atlantic Salmon (Salmo salar) during trials.

Flinders University’s professor of aquaculture Jian Qin says the technology can be easily applied to other seafood and could enable “real-time” monitoring of spoilage in seafood to ensure food safety for consumers.

Spoilage is estimated to account for at least 10 per cent of all seafood production. The core of the new spoilage analysis technology is the ability of the sensor to detect vapours from biogenic amines, which increase with rising levels of bacteria as seafood begins to spoil.

High levels of biogenic amines in seafood have an adverse impact on human health and can cause food poisoning.

The research found that as spoilage in the salmon samples increased, triggering more amine vapours, so too did the intensity of the readings on the treated filter papers. The research team is optimising its materials to develop more robust sensors for daily use in commercial applications. Results of the research were published in the journal Food Chemistry. f

Anzac, Bindi and Sunny – these are the names of just three sharks living in the waters off Western Australia that shark lovers and other marine enthusiasts can follow in near real time as they move along the coast. All three Tiger Sharks (Galeocerdo cuvier) are part of an international cast of sharks tagged and monitored by the OCEARCH Shark Tracker. OCEARCH is a US-based non-profit organisation that aims to facilitate research and education through public access to data and its global shark-tracking program. It also provides curriculum materials for students, with a focus on using its shark-tracking program to incorporate environmental awareness into science, technology engineering and maths subjects.

Through the program, you can track a wide range of shark species around the world and see the patterns of their travel since being tagged. OCEARCH has more than 400 tagged sharks in its global database, which can be followed at www.ocearch.org/tracker f

Semelparous. Describes species that reproduce only once and then die, such as some arrow squid species.

Iteroparous. Describes species that reproduce multiple times. They produce offspring in successive cycles such as annual or seasonal. Examples include perennial plants and anchovies. f