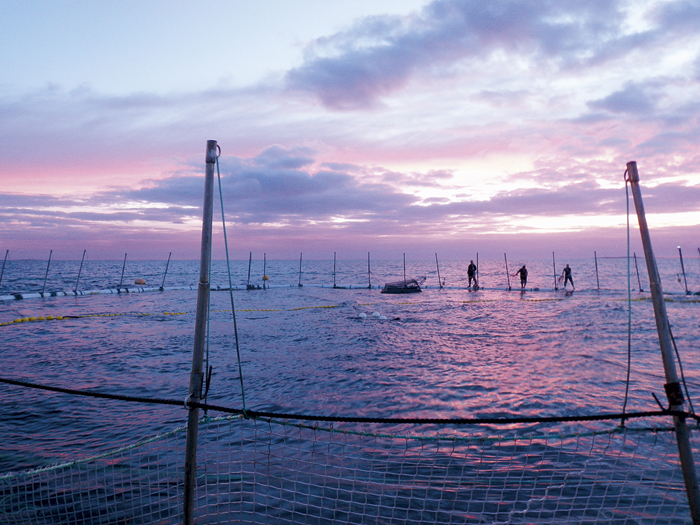 Rounding up the year’s quota of Southern Bluefin Tuna (Thunnus maccoyii) and towing them back to South Australia’s Port Lincoln coast for ranching is a significant operation requiring an enormous amount of resources.

The slow voyage from the Great Australian Bight into the clean waters of Spencer Gulf near Port Lincoln can take up to three weeks, after which the tuna are transferred to pontoons where they are grown out for four to six months to be sold on the international market.

Each fish is worth about $500, making Southern Bluefin Tuna (SBT) ranching an extremely valuable industry for Port Lincoln and for SA. It employs about 1500 people, directly and indirectly, and underpins the regional economy.

Strict catch quotas are reviewed by the Commission for the Conservation of Southern Bluefin Tuna in October each year, and there is only one opportunity for fishers to catch their share of the migratory tuna before they disappear for another year.

So when, in the mid-2000s, an increasing number of the fish began dying within the first two months of being placed in ranching operations, concerns started to ripple through the industry. All had seemed well when ranching first started in the 1990s.

The mortality rate of ranched tuna was as low as two per cent before it started rising, spiking suddenly in 2006. By 2009, mortality rates had climbed to 13 per cent. 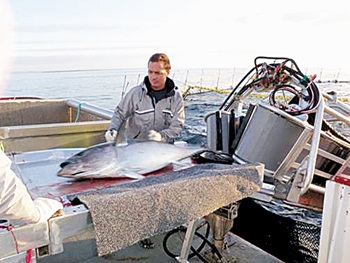 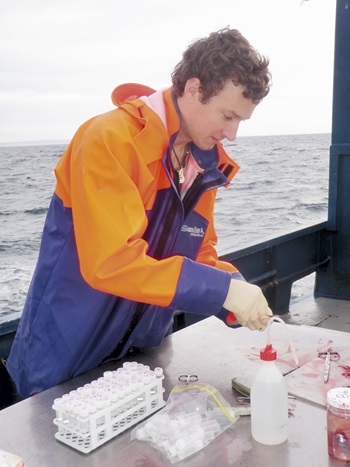 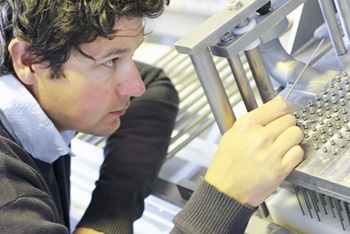 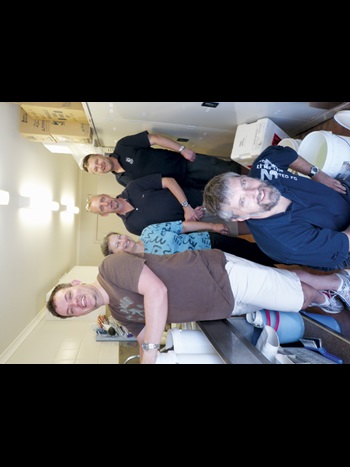 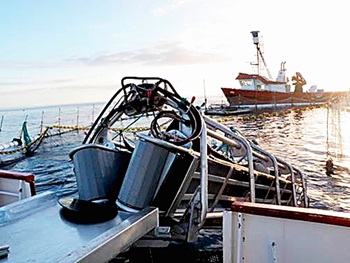 David Ellis, former research manager of the Australian Southern Bluefin Tuna Industry Association (ASBTIA), says it was clear something was happening and the industry needed to understand what.

The SBT deaths were occurring within six to eight weeks of the fish arriving in the ranching zone – after which mortality rates would drop back to normal. But the cause of the deaths was a mystery, he says.

“We’d look at the fish and it was difficult to understand why they had died. They looked the same as healthy fish.”

Given the significance of the industry to the state and regional economy, the SA Government was quick to offer support and resources to help solve the mystery. Mehdi Doroudi, the executive director of Fisheries and Aquaculture at Primary Industries and Regions South Australia (PIRSA), says with the tuna industry losing 10 to 15 per cent of its stock, “you’re talking about millions of dollars a year”.

The spike in mortality rates coincided with a new research partnership between the FRDC and the SBT industry. Together with the FRDC and PIRSA, ASBTIA swung into action, bringing in experts to combat the problem from several angles.

Among them was salmon and tuna health expert Barbara Nowak, a professor at the National Centre for Marine Conservation and Resource Sustainability at the University of Tasmania. In the early 2000s, she had conducted an assessment of potential health risks to the tuna ranching industry.

Finding the cause of the SBT deaths was a process of elimination, she says. Could it be a lack of vitamins? Was it something to do with the water quality or with an assault on the immune system?

“We first thought it might be related to stress, or the way fish were being sourced and handled from the wild.” However, the cortisol levels of the fish did not indicate heightened stress levels. A trial of immunostimulants also had little effect.

Blood fluke of the species Cardicola forsteri was another obvious suspect. There was evidence of high levels of the blood fluke species in the hearts of SBT, but this seemed to have little correlation with the condition of the fish. “There could be high numbers of C. forsteri adults in the heart and the tuna were still in good condition,” she says.

Although they could not find the ‘smoking gun’ that proved blood fluke was the cause, David Ellis says he was convinced that the blood fluke was somehow the main reason.

In the process of trying to demonstrate the connection, researchers, including parasite experts Thomas Cribb, an associate professor from the University of Queensland, and Rob Adlard, head of Marine Zoology at Queensland Museum, discovered the intermediate host for C. forsteri – the polychaete Longicarpus modestus, which lives in the sediment of the sea floor.

This finding immediately led to a new strategy to reduce blood fluke in the tuna.

Mehdi Doroudi says as soon as researchers knew about the intermediate host it raised the possibility that the farmers could take the tuna into deeper waters where there was greater distance between the fish and the worms and where there is greater movement of water.

PIRSA fast-tracked the establishment of new offshore zones and pilot leases to allow farmers to go into these new areas to enable this mitigation strategy. Several companies took advantage of these provisions, and reported significant drops in mortality as a result.

But ranching further offshore was not a viable option for the whole industry. It can take twice as much time and much more fuel to get to the outer zone. The sea conditions can be worse, with much higher wind speeds and higher wind gusts. Even those who farm offshore bring the fish closer to Port Lincoln for later grow-out and harvesting, because it is easier to manage them there.

With blood fluke on the radar as the probable cause of the deaths – even though the connection still had not been proved – David Ellis and Paul Hardy-Smith decided to test the effectiveness of a common treatment for blood fluke in other farm animals, praziquantel. This was with industry partners Tony’s Tuna and Blaslov Fishing.

With the assistance of veterinarians, initial in vivo treatments of tuna with praziquantel showed encouraging success, with almost 100 per cent mortality rates of blood flukes in infected fish.

The results were positive enough to make other SBT ranchers keen to trial the treatment on their fish. But how to administer praziquantel en masse to ranched SBT without having to drench each one individually?

In 2008, Flinders University adapted meat marination technology to inject feed bait-fish for SBT with vitamins E and C to improve the subsequent SBT shelf life. Tony’s Tuna International bought the machine, and it was modified to inject feed fish with praziquantel. Ten to 15 tonnes of sardines were injected with praziquantel in a session, and then fed as bait fish to the SBT.

As a result, industry mortality rates fell to less than one per cent and there was no mortality spike during the first six to eight weeks of ranching, as there had previously been. Initiated by Phil Thomas and implemented by Trent D’Antignana, the bait fish injection method proved a viable way of delivering the prescribed dose of praziquantel and resulted in very little loss to the environment.

Determined to discover exactly what had been causing the deaths, ASBTIA launched a new project to investigate the parasites more deeply, inviting a world expert in fish health, Hugh Ferguson, from St George’s University in the Caribbean.

At the instigation of Brian Jeffriess, funding was found for Japanese expert Sho Shirakashi to examine if there was more than one species of fluke.

Sho Shirakashi identified that the affected SBT were infected not just with the C. forsteri species of blood fluke, but also with another Cardicola species – C. orientalis. It was previously thought this second species only infected Pacific Bluefin Tuna. While adult C. forsteri mainly colonise the heart, C. orientalis tend to inhabit the gills, where they affect the respiratory system and do far greater damage to the health of fish.

Happily, the two species are closely related enough that the praziquantel administered to treat the C. forsteri was also effective against the C. orientalis.

Trials carried out by PIRSA have established that praziquantel appears to be harmless in the marine environment.

“We were very concerned about monitoring residues,” Mehdi Doroudi says, “given that we have a big mussel industry in Port Lincoln and we needed to be sure that the drug would not adversely impact their product.”

The next step is to apply for registration from the Australian Pesticides and Veterinary Medicines Authority for a Minor Use Permit to replace the SA ministerial approval for the treatment that has covered its administration since it was shown to be effective.

With the combination of praziquantel and ranching in deeper waters, the project has reduced the mortality of ranched SBT from 13 per cent to less than one per cent, adding approximately $20 million a year to the value of the industry.

Blood fluke treatment has also reduced has also reduced pressure on the cardiovascular system of the ranched fish, improving feed efficiency, with further savings of $4 to $5 million annually.

In 2013, the project was awarded the National Seafood Industry Research, Development and Extension Award, in recognition of its importance to the SBT industry, and the extraordinary level of collaboration between the institutions who lent their expertise and resources to help solve the mystery.

Altogether 12 research bodies were involved in the project and dozens of individuals from Australia and overseas.

Just as significant was the unprecedented level of cooperation between industry, researchers and government funding agencies including the FRDC and PIRSA, David Ellis says.

“This was a very inclusive research project between industry and researchers, and that cooperation from the industry made all the difference in being able to quickly establish the cause of the deaths and assess the effectiveness of various mitigation strategies and treatments. It took us only two years to come up with a solution because everyone was so focused on achieving the outcome.”

Among the examples of invaluable industry cooperation was the offer from one SBT business to provide boats alongside its offshore operations for use as a field laboratory.

“That meant we were able to work with samples immediately instead of waiting for them to be shipped back to shore at the end of the day,” David Ellis says. Donations of tuna to test praziquantel treatments were also valuable industry contributions.Another innovation was the annual, rather than three-year, project assessment.

“That gave industry a greater input into the direction of the project, and the resources and capabilities needed,” he says. “We could look at the best way of progressing the project each year, which led to a fast uptake of research results because industry and research were intertwined.”

1. Craig Hughes removes SBT from the harvesting conveyor as part of research trials for the treatmentof blood fluke.

5. A conveyor system is prepared to beginthe harvesting of SBT for testing.