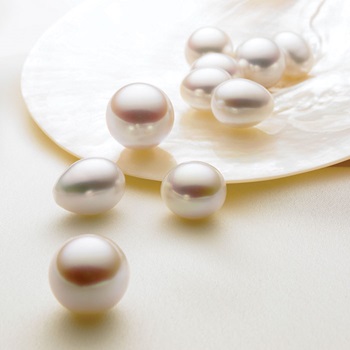 The last wild-stock fishery of the Silverlip Pearl Oyster (Pinctada maxima), the world’s largest and rarest pearl oyster, lies just offshore from the remote Eighty Mile Beach in north-west Western Australia. These wild oysters have been sustainably harvested by Australia’s pearling industry for more than 150 years.

The region has also recently attracted the attention of the oil and gas exploration industry. The Canning Basin and Roebuck Basin each harbour potentially rich oil and gas reserves. But locating these reserves requires seismic surveying of these basins – the same areas that are home to the P. maxima broodstock.

Research suggests that the undersea exploration for mineral resources using seismic surveying could cause damage to commercially valuable fisheries such as rock lobster, scallops, pearl oysters and finfish. Three years ago the seafood industry and the oil and gas exploration industry were locked in what appeared to be an intractable conflict.

On one side, there were potentially billions of dollars worth of undersea energy resources waiting to be discovered; and on the other, there were delicate marine ecosystems that support thriving and sustainable fisheries.

Fast forward to 2018, and the two industries are working to find common ground, says Aaron Irving, the chief executive of the Pearl Producers Association.

“The first thing was to really indicate to the seismic company what it meant to us – socially, economically, as well as ecologically – if these surveys did have negative effects, and we started having a conversation, which was great,” Aaron Irving says.

Seismic operators and the oil and gas industry are not only listening to the concerns of the seafood industry, but energy companies such as Quadrant Energy are also helping fund research to better understand how seismic surveys might impact upon marine life.

“This is so important for us because we have to be assured that that science is robust, that it’s accurate and it’s actually providing us with really good determination of what the effects are on pearl oysters,” Aaron Irving says.

This research is being undertaken by the Australian Institute of Marine Science under the ‘North West Shoals to Shore’ research program. The ‘Marine noise monitoring and impacts’ part of this program will investigate the impacts of seismic noise on finfish and pearl oysters.

Australia is far from the only nation wrestling with the challenge of seismic surveying around commercially valuable fisheries. Aaron Irving and his colleague Johnathon Davey, the executive director of Seafood Industry Victoria, were funded by the FRDC to present at the 5th Sustainable Ocean Summit in Halifax, Canada, in 2017, on the unfolding situation in Australia.

“From the questions and responses we received from our presentations, people are interested in and watching what we’re doing,” Johnathon Davey says.

“We know now they have an impact so the discussion and way that consultation is going on has really changed,” Johnathon Davey says.

Now seismic operators and fishers are negotiating access to overlapping territories, which may mean compensation for fishers for potential lost income, or restrictions on when seismic operators can conduct their surveys, to prevent the risk of damage during sensitive stages in the organisms’ life cycles.

This year the FRDC board approved a new project, to be managed by WAFIC, to prioritise and coordinate research into potential seismic impacts on fishing and aquaculture in Australia. The aims of this project also include developing a portal to hold relevant seismic research information and improve communication and consultation on the process for undertaking seismic surveys between the two sectors.