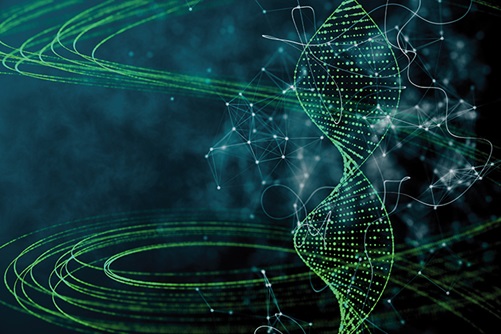 Gene-editing technology and its ability to make subtle genetic changes has been hailed as a game changer for applications in human medicine and in agriculture for plants, fish and livestock.

Late in 2019 Australia’s Office of the Gene Technology Regulator ruled that gene editing need not be subject to genetic modification (GM) regulations, if the DNA edit resembles the subtle variation that occurs naturally within populations and no new genetic material is introduced.

This new status allows the commercialisation of valuable agricultural traits that were produced with gene editing to get underway without the need for the costly regulation associated with GM technology.

And with aquaculture evolving as an essential asset in future food security, tweaking genomes with gene editing is expected to be a major focus of research in the sector.

Applications include enhancing the ability of farmed species to adapt to changing climatic conditions and increasing their productivity to help meet demand from a global population expected to reach 10 billion by 2050.

Gene editing effectively provides a fine set of tweezers that allows individual gene sequences to be altered in ways that mimic naturally occurring genetic variation that is inherent to the biodiversity of wild populations.

It is this variation that endows populations with important resilience traits, such as differences in disease, heat or drought tolerance.

Scientists increasingly want to include valuable gene variants in cultivated species, but transferring them using conventional breeding or GM technology is hugely time-consuming and costly.

Gene editing, however, is able to make subtle changes in the DNA sequence of existing genes quickly and cheaply. It involves making a cut at the targeted gene, with the modification happening when the cell naturally repairs the cut.

The most versatile form of the technology is called CRISPR-Cas9, after the two molecules used to cut the gene. Cas-9 functions like the molecular scissor at a target gene. CRISPR is the guide molecule that directs Cas9 to the gene of interest. Once cut, the targeted gene is repaired by the cell’s own innate DNA repair machinery. Different impacts on the targeted gene are possible depending on where the gene is cut, whether additional DNA is added at the cut site, and how the cut is repaired.

With gene editing, breeders can finally apply years of accumulated knowledge about biodiversity into improving food security, a development that has caused great excitement among frontline aquaculture researchers. 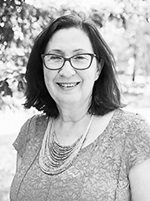 Among these researchers is Abigail Elizur, chair of Aquaculture Biotechnology at the University of the Sunshine Coast, who is keen to see the gene-editing technology progress.

She focuses on fish reproductive biology and has already developed reproductive tools for use in aquaculture using traditional breeding techniques.

“Gene editing has immense potential in aquaculture, but realising that potential will depend on the regulatory frameworks that are built around this technology across global market chains,” she says.

“I think Atlantic Salmon will be at the forefront of gene-editing applications, with the Norwegian salmon industry already exploring possibilities.”

Likely to lead the way are gene edits that induce sterility in fish as a way to shunt energy away from reproduction and into accelerated growth. Sterility is a trait already exploited by the salmon industry, which uses pressure shock manipulations to render fish triploid (meaning they contain an extra copy of the genome).

“I can envision a scenario where gene editing is used to reversibly induce the required sterility in salmon without the need to produce triploid fish, which then also bypasses disadvantageous animal health impacts associated with triploidy,” Abigail Elizur says.

“We may also see additional environmental, conservation, productivity and animal welfare benefits with this technology, including engineering plants to provide fish with a mix of nutrients ideally suited to their needs.” 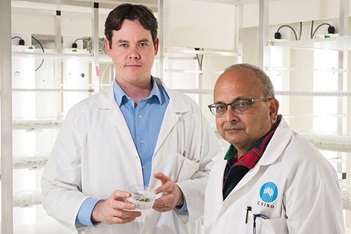 Feed ingredients are a source of ongoing environmental concern for aquaculture, specifically the need for nutritionally important long-chain omega-3 oils EPA and DHA.

These oils typically originate in ocean microalgae and accumulate in the marine food chain. The fish in aquaculture facilities on land, or in ocean pens, don’t have ready access to this supply of omega-3 oils. Instead, farmed fish are fed smaller wild-caught fish, and the quantities of these ‘feed fish’ harvested globally has been increasing as aquaculture has grown, putting pressure on wild stocks.

More than a decade ago, a global race began to engineer a more sustainable solution to aquaculture’s omega-3 dilemma. That race was won by Australia’s CSIRO, with a project led by Surinder Singh and coordinated by James Petrie.

Their solution started with a terrestrial plant, canola. This plant naturally makes a short form of omega-3 called alpha-linolenic acid (ALA). The scientists sourced genes from microalgae that produce EPA and DHA, adding them to the canola genome. These extra genes give canola the ability to extend the ALA molecule into the long-form omega-3 oils.

“I think the sustainability and environmental credentials of the crop are significant factors supporting the use of GM technology in this particular case,” James Petrie said when announcing the breakthrough.

“When you do the calculations, DHA levels of 12 per cent in the canola oil means one hectare of this crop can meet the same levels produced by 10,000 ocean fish. And we couldn’t have achieved this using conventional plant-breeding methods.”

Regulatory approvals to commercialise omega-3 canola have now been granted to Nuseed Ltd for cultivation in Australia and the US for both aquaculture applications (Aquaterra™) and human nutrition (Nutriterra™).

These kinds of genetic capabilities are seen as crucial in meeting the food security challenges of the future.

Speaking at the recent International Tropical Agriculture Conference in Queensland, Mark Howden, director of the Climate Change Institute at the Australian National University, said with the global population increasing at a rate of 1.7 per cent per year, food production is under pressure to increase at an equivalent rate. Increases in temperature over land were already affecting the agricultural productivity in many parts of the world, he said.

“I think we are going into an environment where we need to be much more strategic about the management of our food supply. That will mean making transformational, as well as incremental and systemic, change to drive productivity and climate adaptation.”

High-end genetic technologies producing advanced high productivity, but low-impact, aquaculture will be part of the changes needed to position the sector as a global leader in sustainability, productivity and climate resilience.