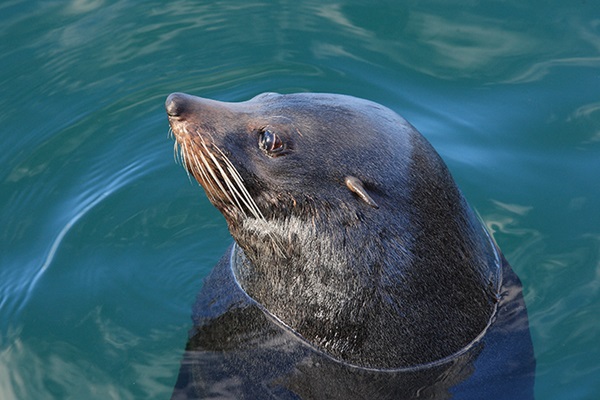 From an ecological perspective, the booming populations of long-nosed fur seals (Arctocephalus forsteri) off the South Australian coastline are a welcome, good news story.

The seal’s numbers were decimated by early European sealers in the early 1800s and remained at critically low levels for the next 150 years or so. In the 1970s, the species – formerly known as the New Zealand fur seal – was granted protection under state and Commonwealth legislation, and conservation efforts have since contributed to its steady recovery.

Much of Australia’s commercial fishing sector developed through the 1900s, when fur seal populations were at very low levels. However, with the recovery of many populations over the last 30 to 40 years, interactions between fishers and seals have increased.

Fur seals are now causing major headaches for fishers, particularly in SA’s Lakes and Coorong districts. They are stealing catch, damaging nets and gear, and pushing some operators to the brink.

“They’re tearing the fish out of the nets,” says Zane Skrypek, of Skrypek Fisheries. “If there’s a lot of fish in the net, they’ll just chew every tail off every fish, but the biggest seals will grab the whole fish and rip it out of the net.”

The trouble began around 10 years ago, according to Neil MacDonald, executive officer for the Southern Fishermen’s Association in Adelaide.

“[The seals] started to turn up during the Millennium Drought and so it was a double whammy, having to deal with reduced productivity because of flow regulation in the river system, and then progressively we had to deal with increasing pressure from seal populations,” he says.

With fishers increasingly concerned, the FRDC commissioned a study, championed by the Southern Bluefin Tuna industry, into interactions between seals and the seafood industry. They sought to understand what was happening, where, why and how it might be managed.

The final report – Assessment of the impacts of seal populations on the seafood industry in South Australia – was published in June 2019. It included information from surveys of stakeholders, including fishers and the aquaculture industry, about how they thought seals impacted both their own industries and the wider ecosystems.

Researchers also did satellite tracking of fur seals to study their distribution and movements, and combined that with dietary studies to learn what the seals were eating, when and from where, and how they interacted with key sectors of SA’s seafood industry. 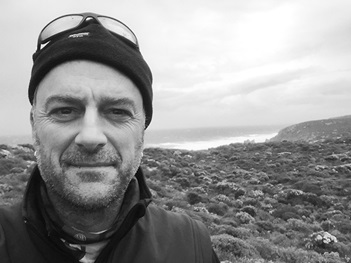 The most significant impacts of seals were reported by finfish aquaculture fisheries off Port Lincoln, and by gillnet fishers in the Lakes and Coorong districts.

Aquaculture respondents estimated the economic impact of seals on their businesses as ranging from one to five per cent of income, which represented potentially hundreds of thousands of dollars lost. The greatest issue was in damage to stock, including lost productivity due to stress on the fish and increased susceptibility to disease.

However, the dietary studies did suggest that, despite perceptions of significant impacts on aquaculture cages, the seals were mainly feeding on other species such as wrasse and trevally, which were drawn to the food falling from the cages.

“Pens are huge fish-attracting devices, and the dietary work we did on animals feeding in association with pens indicated the majority of the fish consumed were not tuna or Yellowtail Kingfish or even sardines, which they feed the tuna,” says Simon Goldsworthy, principal scientist with the South Australian Research and Development Institute.

In a survey of Lakes and Coorong fishers, estimated losses were much more significant, at up to 50 per cent of fishers’ profit and catch in the previous five years, which the report described as an “acute and immediate stress and economic impact” on the industry.

A significant negative impact from seals’ direct interactions with the Lakes and Coorong fishers was the need to constantly replace damaged nets.

Zane Skrypek says damaged nets mean fishers are not fishing to their full capacity: “It’s like being a race-car driver with bald tyres.” 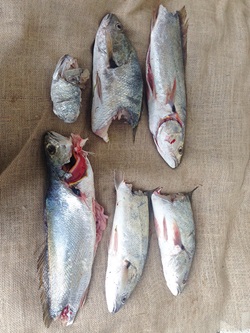 The study showed that while the vast majority of the fur seal population (adult females and males and most juveniles) forages in outer shelf and oceanic waters many hundreds of kilometres from shore, a portion of the subadult male population comes into coastal waters, especially during winter months. It is this part of the population that is responsible for almost all interactions with the seafood industry.

“These animals aren’t tied to breeding colonies, they don’t have dependent young like adult females, and they can travel thousands of kilometres, are highly mobile, and many of them have worked out how to benefit from interactions with fisheries and aquaculture,” Simon Goldsworthy says.

But the study also determined that the total wild fish biomass being consumed by these subadult male seals in coastal waters was relatively insignificant within the marine ecosystem as a whole; around one per cent of all the finfish – and only about 0.5 per cent of the total commercially targeted finfish − were consumed, and two to three per cent of the cephalopods.

Even with the increased seal population in recent decades, ecological modelling shows the relationship between numbers of seals and fish biomass is not linear; more seals does not mean fewer fish.

“We found more than 95 per cent of the fish and squid out there are consumed by other fish and squid, so the seal numbers are not impacting on overall fish stocks,” Simon Goldsworthy says.

In fact, the study found no evidence that the increasing populations of long-nosed fur seals were having any impact on commercial fish biomass or on the broader coastal marine ecosystem. The increased presence of seals has even benefited some, like marine tourism operators.

For the bigger aquaculture operators, the impacts of seals are mostly just factored into the cost of doing business. Operators implemented measures early in tuna farming to avoid interaction and have continued to improve these measures; however, that is less of an option for gillnet fishers. They tend to leave nets in overnight, providing a tempting and predictable target for seals.

Neil MacDonald says sea-scaring devices or crackers that use noise to deter seals were trialled in an FRDC-funded project, but were not widely adopted because of their cost and unsuitability for gillnet fishers.

“They’re quite good if you’re standing on your boat next to your net and you see one coming, [then] you’re able to target them and it has some effect,” he says. “If you’re not there at the time, then they have no effect.”

There is a range of opinions about how interactions with long-nosed fur seals should be managed. While the most favoured management option among seafood industry respondents was culling, there is uncertainty about the feasibility and effectiveness of culls as a management tool, and this strategy is not in line with current government policy or public opinion.

A new project supported by the FRDC aims to measure the ecological and economic impact of seals in the Lakes and Coorong districts, to help quantify and evaluate the costs and benefits of alternate management strategies. But it will not be easy, Simon Goldsworthy says.

“No clear winners. No easy solutions. These are the hallmarks of a wicked problem.”