Climate change is wreaking havoc in natural systems, and the plans that fisheries managers and other fisheries stakeholders have in place today may quickly prove inadequate to deal with ongoing environmental changes. A fast and efficient re-evaluation may be needed.

That is where the new Adaptation of Commonwealth fisheries management to climate change handbook comes in. 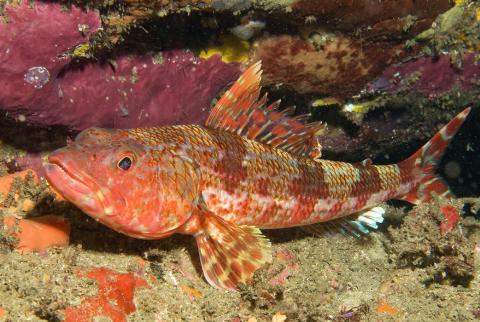 It provides fisheries managers and other stakeholders with a systematic approach to identify climate change-related risks and develop timely and appropriate responses. The handbook has been developed based on 30 years of observed changes in the environment and other accumulated science.

CSIRO ecosystem modeller Beth Fulton led a team of CSIRO and University of Tasmania researchers to develop the handbook. Fulton says it is about knowing where the breaking points are, because although many of the climate change forecasts are long term, extreme events can suddenly produce an urgent need for action.

“In 2015-16 there was a 251-day heatwave in the ocean off Tasmania that produced conditions which, on average, were not expected for another 20 years. That really puts your planning under stress, because if you’re living season to season or on a four-to-five-year plan, to suddenly have to change everything overnight because a heatwave has hit is going to bring things to the fore.”

She describes how qualitative modelling is used to assess a range of management responses to different climate change impacts. “You can say, ‘how would you respond to this situation?’

“The managers, the fishers tell you, the economists, the other experts tell you, and when you press on that response in the model you see whether the answer leads to what you want in terms of the fishery’s responses or whether something unexpected pops up.”

When fish move, for instance, Fulton suggests one option is to allow fishers to follow the fish by developing flexible access rules across jurisdictions. Another option is diversifying the species they fish by finding some new local targets.

The handbook is the result of an FRDC-funded project run by CSIRO and the Australian Fisheries Management Authority (AFMA) and involved extensive consultation with AFMA managers and fisheries representatives. It includes a complete worked example, based on a hypothetical fishery, that lays out all the steps from the initial risk assessment to management recommendations.

The research team created regional summaries for each region around Australia as background material for the risk assessment.

“That’s 30 years or more of accumulated science and observation of changes that are already happening,” says Fulton.

She adds that the project also highlighted the challenge of collecting enough up-to-date information on the state of our fisheries, since old collection timeframes are no longer sufficient to meet the climate change challenge.

“Visiting a location every 20 years as the science vessel potters its way about Australia was enough to keep us ticking over, but with the change happening so quickly, that’s not going to work anymore,” she says.

The handbook will be publicly available later in 2021.