Likes, links and tweets are an increasing part of efforts to raise the profile of the best Australian fisheries science and management 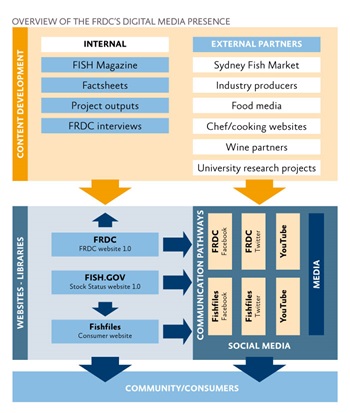 A range of new initiatives from the FRDC over the past two years has brought the communication of fisheries science well and truly into the digital age. This includes a revamped FRDC website, Facebook pages, Twitter, a YouTube channel and more.

Social media tools have become an important part of the FRDC’s communication strategy, launched in December 2011, to promote the science and best practice that underpins the Australian seafood and angling industry. Central to this strategy is to bring existing science to the broader Australian community as effectively as possibly.

The FRDC’s communications manager Peter Horvat says social media has provided the opportunity not just to supply information, but to actually engage with the broader community and to become part of a larger network of individuals and organisations telling the story of Australian seafood.

“While traditional media such as radio, newspapers, magazines and television are still important, there are now so many more places to look for information, thanks to the internet. People don’t just go to one website when they are looking for information, they follow links from one site to another, and cross-reference information until they find what they are after.”

Peter Horvat says the skills of social media specialist Rachelle Etienne-Breidenbach have played an important part in the development and success of the FRDC entering into the social media space. She has helped with both the design and the planning of the social media initiatives, and in developing the necessary policies, procedures and resources.

“Social media is about being part of a community – telling and sharing your part of the broader story. To that end it would be great to have 10, 20 or even more sites telling the story of seafood. There is a role and space for everyone,“ Peter Horvat says. “We can tap into the knowledge of others, as much as they can tap into our knowledge, which all helps to bolster the information we can deliver.”

The potential for cross-promotion and linking has been important in successfully raising awareness of the FRDC’s initiatives. After revamping its website with the new Facebook page in mind, the FRDC’s Facebook page was launched in July 2012. The initial phase involved a small alert sent to a selection of researchers and stakeholders.

The second phase of the Facebook development was to build awareness and coverage. “To do this we embedded a little Facebook reminder into all our publications, even down to staff email signatures,” Peter Horvat says.

“We used some very targeted adverts to raise the profile of the website. This, combined with cross-promotion between our website and partners, has seen the FRDC Facebook page accumulate more than 20,000 ‘likes’ by January 2014.”

In December 2012, the FRDC launched a new website as the online home of the Status of Key Australian Fish Stocks Reports. And in May 2013 it also launched the consumer website Fishfiles, with a related Facebook page. By January 2014 the Fishfiles Facebook page had accumulated more than 12,500 ‘likes’.

Information is integrated between the websites and Facebook pages and re-used in different formats to appeal to different audiences using these websites. This cross-promotion has led to an increase in web traffic to all three sites by more than 300 per cent in the past year.

The FRDC’s goal is to match content to each of its social media initiatives with its target audiences. For example, the Fishfiles Facebook page aims to achieve a mix of about 20 to 30 per cent recipes and seafood-based cooking, 25 per cent science, 25 per cent better handling and storage, and 20 to 30 per cent partner stories (Sydney Fish Market, the Australian Seafood Cooperative Research Centre, universities, chefs and seafood producers).

“We are also continually tweaking the mix and timing of material used on the FRDC Facebook page. It is clear that Facebook is better suited to certain styles of news. For example, putting research reports up early in the week results in a much better rate of response than later in the week when people are after more light-hearted material.

It is also apparent that social media networks such as Facebook continually change how material is viewed and passed on. So we are constantly adjusting the content mixture to get the best results.” 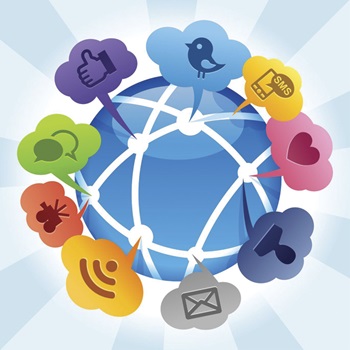 Upgraded February 2012  The FRDC website is primarily designed to provide information to industry, government and researchers, but is an excellent source of fisheries research knowledge for anyone interested in marine and fisheries research.

Upgraded February 2012  This YouTube channel contains stories about or generated by FRDC projects. It provides a good source of information on research results, especially for schools.

July 2012  The FRDC Facebook page aims to inform the general public of the latest research and practice. The page has opened up communication channels and allowed the FRDC to promote the latest events, project updates, research facts and fish factoids to a broad audience.

December 2012  This website is designed for anyone who has an interest in knowing how Australian fish stocks are going. It provides a high level of detail and gives a national perspective.

The website also contains an excellent overview and description of fishing methods used in Australia, complete with diagrams for each.

NOTE: December 2014 will see the revised and expanded reports released.

May 2013  This website is designed as a consumer education resource for anyone interested in seafood. It brings together existing resources, namely the Australian Seafood User Manual, and links to other material such as the Status of Key Australian Fish Stocks Reports, FISH magazine articles, Eyre Region Species Guide and Seafood Flavour Wheel and seafood safety material from SafeFish.

May 2013 The Fishfiles Facebook page is designed to be the link between the FRDC’s three websites (www.frdc.com.au, www.fish.gov.au and www.fishfiles.com.au), as well linking to our partners and the broader community. The target point for this site is seafood consumers.

The Fishfiles page will broaden the current FRDC reach to the community and provide a way to share information (science) that underpins the fishing industry to people who would receive the messages via the FRDC Facebook page.

May 2013  Video is an important component of the Fishfiles website, especially for the younger audience. It is integrated into the website, but is hosted on its own Fishfiles YouTube channel.

The format for the video content is aimed at giving a behind-the-scenes insight into what key stakeholders (fishers, retailers, scientists and chefs) think and know about seafood.

These stakeholders are experts in their chosen field and will give the viewer confidence in the message being delivered.