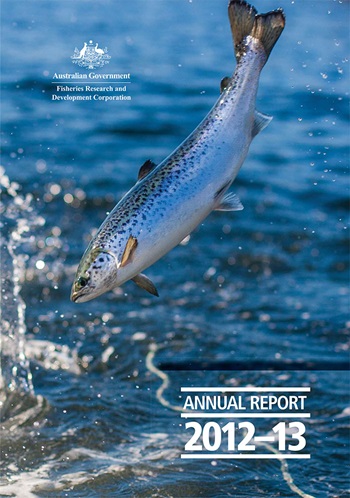 Overall, Australia’s fishing and aquaculture industry continues to demonstrate a high level of performance, stewardship and focus on best practice. Despite this, the community perception of the (global) fishing industry remains poor.

Concerns continue to be raised by the community on issues such as catching methods, the use of small fish in fish feed, the effect on marine environments from climate change – spikes in water temperature and algal blooms – and interactions with marine mammals and sharks.

The FRDC has sought to provide robust scientific information to inform the wider community on these issues.

The fishing industry has had its own concerns, with the effects of changes to climate, changes to access and fishing grounds, and sharing of the resource between sectors continuing to cause tension. Adaptation to climate variability, in particular, will require industry to look to implement long-term planning and changes to management and operational practice.

During the year the Australian Government approved the expansion and future development of the Atlantic Salmon (Salmo salar) industry in Macquarie Harbour on the west coast of Tasmania. This allows salmonid farming leases to increase from 2.0 per cent to 3.3 per cent of the total water space, although only a fraction of the area will actually be farmed.

An environmental impact statement – underpinned by scientific data and research, sampling, modelling and local community consultation – supported the application. The expansion is expected to create more than 100 jobs during construction and a further 160 production and processing jobs.

Overall, the value of aquaculture and volume of production increased in 2012–13, underpinned by research and development advances in genetic breeding, feeds and animal health.

In October 2012, a shipment of mussels that came from the east coast of Tasmania was rejected by Japanese import authorities due to the presence of unacceptable levels of paralytic shellfish toxins.

This was caused by the mussels feeding on a bloom of the dinoflagellate algae (Alexandrium tamarense), a naturally occurring algae found worldwide.

The FRDC, with support from the Tasmanian Government and industry, commissioned SafeFish to review the event.

The overarching recommendation from the review, which has national implications for biotoxin risk management, is the critical need to reform the national regulatory framework and associated policies to ensure the Australian Shellfish Quality Assurance Program provides the foundation for internationally acceptable public health protection and ongoing market access.

The year has seen major work undertaken that will underpin and help advance Australian fisheries management. The Australian Fisheries Management Forum, with support from the FRDC, initiated a project to develop a set of National Fishery Harvest Strategy Guidelines.

The guidelines were completed during 2012–13 and will allow for the creation of harvest strategies across the full range of fisheries.

They provide practical assistance to help overcome challenges such as multi-jurisdictional, data-poor recreational and customary fisheries, which may have had difficulties developing and implementing harvest plans in the past.

Comprehensive reviews of the Commonwealth Fisheries Harvest Strategy: Policy and Guidelines (2007) and the Commonwealth Policy on Fisheries Bycatch (2000) were also completed during the past year with final reports released in May.

The level of recreational fishing participation has been a core focus for sector representatives as well as fisheries managers.

The lack of quantifiable data on participation and catch rates for this sector will need to be addressed in the coming two years; several states have started recreational surveys.

Following 18 months of work between the FRDC, the Australian Bureau of Agricultural and Resource Economics and Sciences, and state and territory fisheries management agencies, the first Status of Key Australian Fish Stocks Report was completed.

The reports and associated website were launched on 10 December 2012 and are a significant step forward for transparency and reporting of fish stock health.

The FRDC is a core participant in the Australian Seafood Cooperative Research Centre (Seafood CRC) and will invest more than $24 million during its life.

The end of the 2012–13 financial year marked the fifth year of the Seafood CRC. The Seafood CRC successfully applied for a one-year extension, to improve the impact of proposed legacy projects.

Three new directors were appointed to the FRDC board in September. The board, chaired by the Hon. Harry Woods, welcomes Bruce Mapstone, Peter O’Brien and David Thomason who join the reappointed Heather Brayford, Renata Brooks and Brett McCallum.

The board was selected under a process established by the Primary Industries and Energy Research and Development Act 1989. Harry Woods has since been reappointed as the board’s chair.

In November 2011, the FRDC board endorsed developing a strategy to promote the science and best practice that underpins the Australian seafood and angling industry, and to work with stakeholders to implement that strategy.

The strategy aims to respond to poor community perception of the seafood industry by proactively promoting the results of research to the Australian community, media outlets and seafood consumers, and to formally respond to factually incorrect media stories, or information in the public arena.

The strategy continued in 2012–13 and has delivered a range of outcomes including responding to inaccurate media articles about the Australian seafood industry and generating new information sources including the seafood consumer education website.

In December 2012, the FRDC completed a review of its five-year (2008–13) People Development Program, which supports ongoing investment in people development with a focus on integrating it with the FRDC’s existing program areas of environment, industry, communities, and extension and adoption.

A new ‘People development plan’ has been developed and will run for two years (2013–15), which will allow these activities to align with the FRDC’s five-year strategic research, development and extension plan.

The FRDC began economic evaluations of randomly selected clusters of its project investments in 2010. Projects were grouped into clusters that focused on a similar issue, (for example, supply chains or genetics) (Table 1). In 2012–13, the next phase of the evaluations was completed with eight clusters evaluated.

When all eight clusters are aggregated, the benefit-cost ratio for the $99.3 million investment by the FRDC and its partners is 2.5:1, with present value benefits of $251.7 million and net present values of $152.4 million. The FRDC’s component comprised $32.9 million in present-value terms with a net present value of $48 million (Table 2).