The actions industry players take, including speaking up about difficult issues, can enhance the growing community trust in fisheries and other rural industries

The second year (2021) of a national survey shows that Australians have high trust in and acceptance of rural industries, including commercial fisheries and aquaculture.

The ‘Community Trust in Rural Industries’ (CTRI) program survey investigated how the public views people working in fishing industries. It found that more than four out of five people think fishers play an important role in Australian society.

Year two of the CTRI program built on baseline findings into what drives trust in primary producers, adding a fourth measure. It found that trust in and acceptance of rural industries depends on: 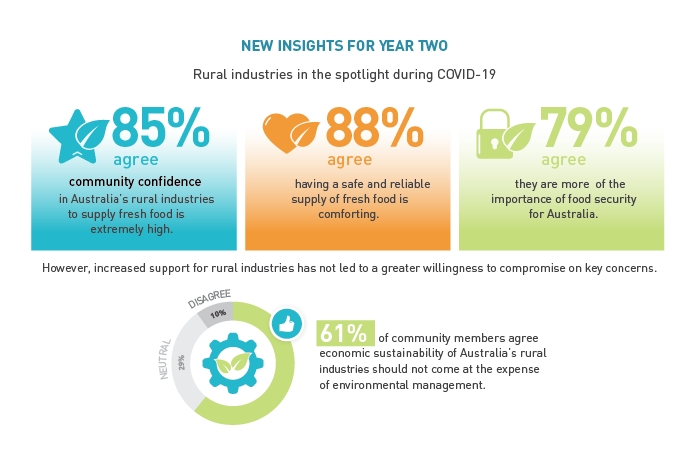 The three-year program is an Australian first as it seeks to explore broadscale drivers of community trust of fishers and farmers. This initiative involves 11 different rural industries and industry bodies, including the FRDC, Seafood Industry Australia and Australian Council of Prawn Fisheries (ACPF), as well as the National Farmers’ Federation and the New South Wales Department of Primary Industries. It ultimately aims to help rural industries develop a shared approach to long-term engagement with the community to further improve trust.

Lead researcher Kieren Moffat from Voconiq says trust is important because it allows the community to give industry the benefit of the doubt if something goes wrong. It provides the space to “make it right”. It also gives industry the room to innovate and fosters confidence in the products fishers, farmers and foresters produce.

Value in speaking up

Moffat says a key finding is that people appreciate it when industries speak up on important issues. “This was a new addition to the year two [2021] testing. We found that, when industries are silent on issues like welfare or the environment, community members don’t assume the best. When there are issues that community members care about, they expect industries to be on the front foot and be speaking up about those things,” Moffat says.

“The standout for me was that the survey confirmed what we had always suspected – that silence on contentious topics breeds mistrust,” she says. “If you know there’s a social license risk and you are dealing with it, it’s much better to be vocal about what you’re doing.” Rachel King, ACPF

King says the results of the national survey on trust act as a proxy for the underlying sentiment the community has for the prawn fishing industry, identifying some of the triggers driving mistrust and pointing to what the industry needs to do to improve it.

The survey also shows that the community considers it important that industry is interested in, listens to and responds to its concerns.

“The survey is a really good way of demonstrating that industries are listening and wanting to do something with the information gained to help them align with community expectations,” Moffat says. 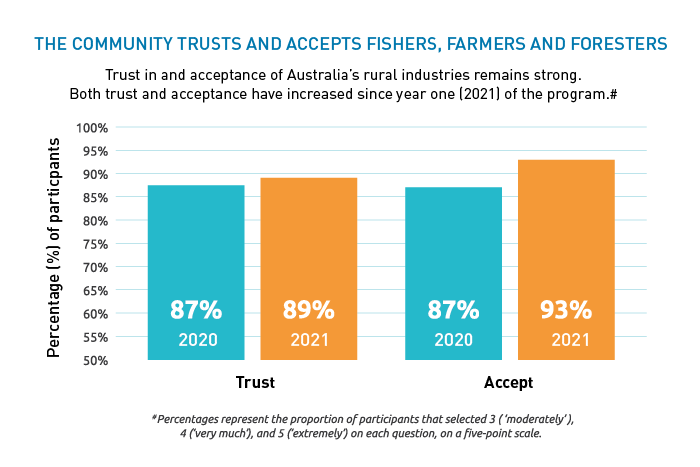 In another main finding, most people (61.3 per cent) think Australian fishers, farmers and foresters are ‘responsible stewards of the land and sea’. This is an increase from 56 per cent the previous year. As in the first survey, around 50 per cent of people agreed with the statement that Australian farmers, fishers and foresters managed their environmental impacts effectively.

Many of the survey’s findings are about primary industries as a whole because research suggests the community thinks about them collectively; however, some findings relate specifically to the fishing and aquaculture industry.

Moffat says the finding that 82 per cent of people think fishers play an important role in Australian society was “a very strong endorsement”.

Forty-two per cent of participants agree that Australia’s oceans are sustainably managed, up from 36 per cent a year ago. “A good move in the right direction,” he says.

Moffat says there is a strong underlying message in this data that, across the country, Australians really care about rural industries, including fishing and aquaculture, and want to see them thrive.

The survey found the primary products themselves allow community members to feel a deeper connection to the people producing them. 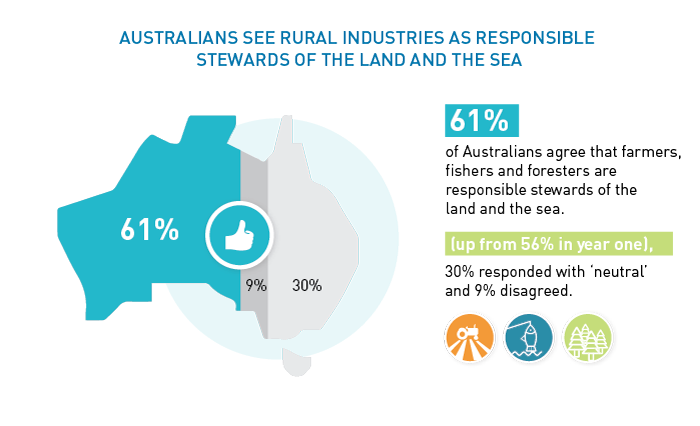 An interim or ‘pulse’ survey of 2000 people undertaken in May 2020 to test the effect of the COVID-19 pandemic found a big leap in trust and a correspondingly large improvement in acceptance of rural industries.

“It’s almost like community members saw rural industries in a different light in these uncertain times, that having fresh produce on shelves was incredibly comforting to Australians,” he says.

More than 5300 people were surveyed in 2020, with a total of more than 14,000 Australians across the two years of the program sharing their views on a wide range of topics and issues related to rural industries. A workshop with 70 people representing almost every part of Australian rural industry was held in August 2021 to present data from year two of the program.

The third year of the project is concentrating on particular industries, including cotton, horticulture and sugar, to find ways to work on aspects such as community trust for these industries, and then for rural industries collectively.

The wildcatch prawn industry is also a focal group. “It’s great for the ACPF that we’re involved,” says King.

The focus of the ACPF’s role is to observe the effect that the ‘Australian Wild Prawns’ community engagement program is having on both the industry and its identified stakeholders.

The community engagement program is being run with support from the FRDC. It was launched in 2018 after concerns the wild prawn industry needed to urgently lift its profile and improve community trust. “There was an underlying mistrust that the industry was aware of, a rift between themselves and the community,” King says.

“These misunderstandings can result in loss of fishing grounds. We knew of underlying and often outdated misconceptions about bycatch, whether trawling is sustainable, how fishing grounds are managed and whether we leave fish for other people.

“To remedy misconceptions, we knew we couldn’t talk at people, we needed to show them what we were doing and have others vouch for this.”

‘Australian Wild Prawns’ is the largest single program delivered to address social license for the Australian seafood sector. In the program, people tell stories about their fisheries and investment in research and innovation. It won the Western Australian Fishing Industry Council (WAFIC) Seafood Industry Promotion Award in 2021.

The program has reached more than five million people to date. The ACPF is using the findings of the 2021 community trust survey in evaluating the program’s effectiveness, which King says is in the final stage of reporting. 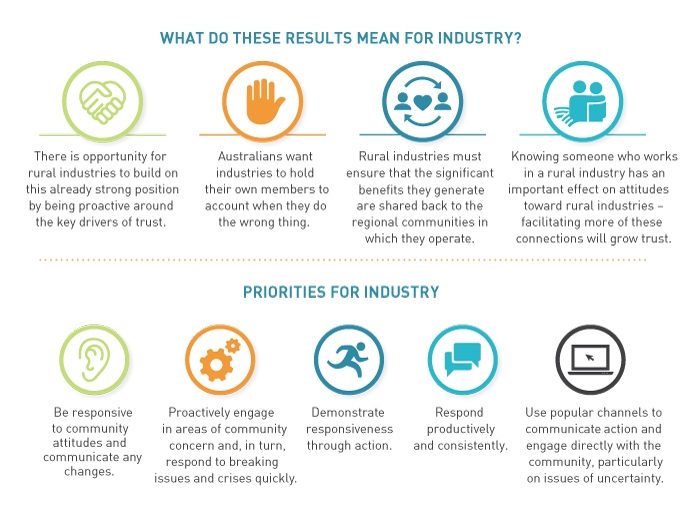